Who has never heard of Pompeii? An entire city destroyed in a few moments from the devastating fury of Vesuvius Volcano. Forgotten for centuries, buried by a thick blanket of ash, Pompeii was rediscovered in 1748. After years of excavations to the discoverers appeared a photograph of a living city with its shops, its market, its spas, daily life in homes and fields…

We’ll pick up at your hotel and will accompany you to visit the perfectly preserved remains of the Roman town: in this excursion to Pompeii you can observe the ancient inhabitants surprised by ash and lava in a precise moment of their daily life, giving the gift of feelings and emotions that are impossible to prove in any other part of the world. You can stop to take some pictures and visit the Ruins with an authorized touristic guide, making you taste the typical dishes in the best restaurants, advising you on how to customize your trip and never miss any of the secrets of Pompeii.
At the end of the tour, which takes a half day (about 5 hours) or full day (8 hours), I will take you back to your hotel or to your ship anchored in the harbor. 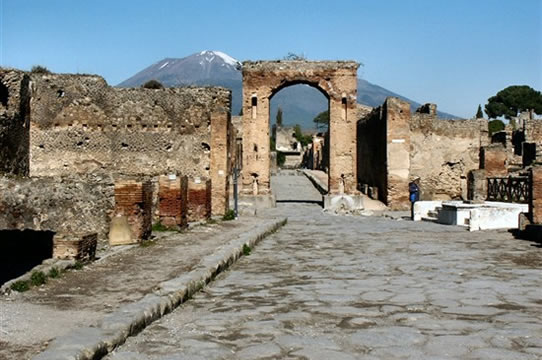